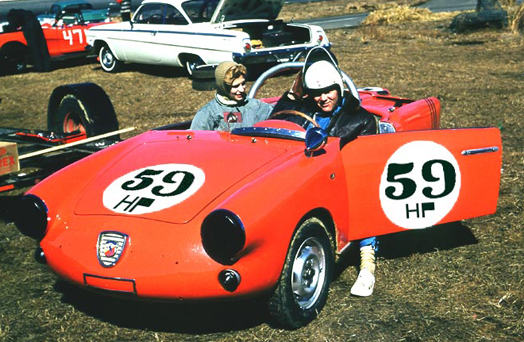 The #59; the number entered on Gus’ racecar was chosen to be symbolic. Only one number was considered, and it would be decided that the #59 would be run, representing the year in which Sue and Gus were married….1959.

Abarth: The Man, The Machines; the Abarth Allemano Spider was a hybrid, which explains its three part name. It was built on a Fiat 600 chassis by Turin coach-builder Allemano, but designed by the visionary Giovanni Michelotti (also from Turin). The car was definitively beautiful, with sleek lines. Abarth was primarily a race car maker and the company introduced the car to much acclaim at the Turin Auto Show in 1959. While a vast majority of Carlo Abarth’s offerings were closed cars, some of his clientele preferred open cars for racing competition. As such, he commissioned a Spider from Zagato based upon the 750GT. With Zagato’s initial designs drawing only limited appeal, Abarth turned to Carrozzeria Allemano, the Turin based coachbuilder famous for their work with Maserati throughout the 1950s. The result of their efforts was a Spider that was sleek and sporty while retaining a period Italian charm. 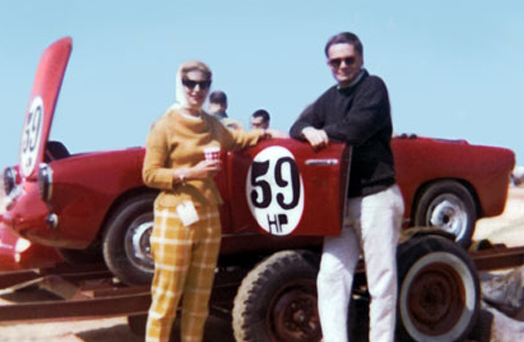 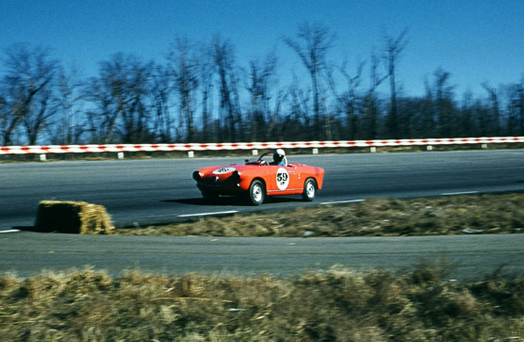 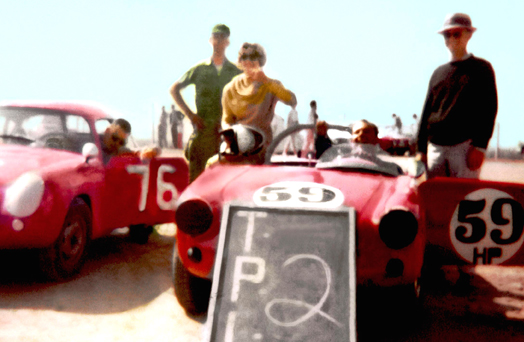